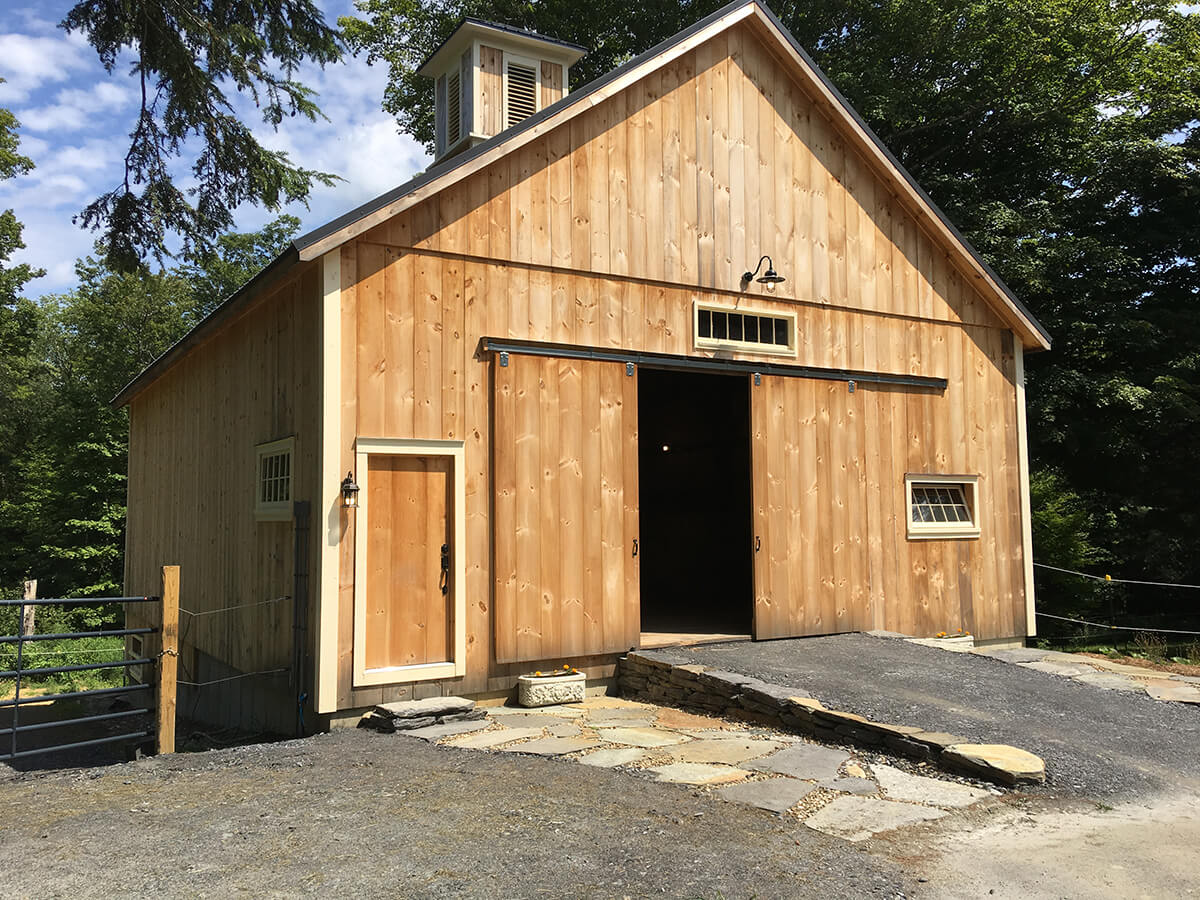 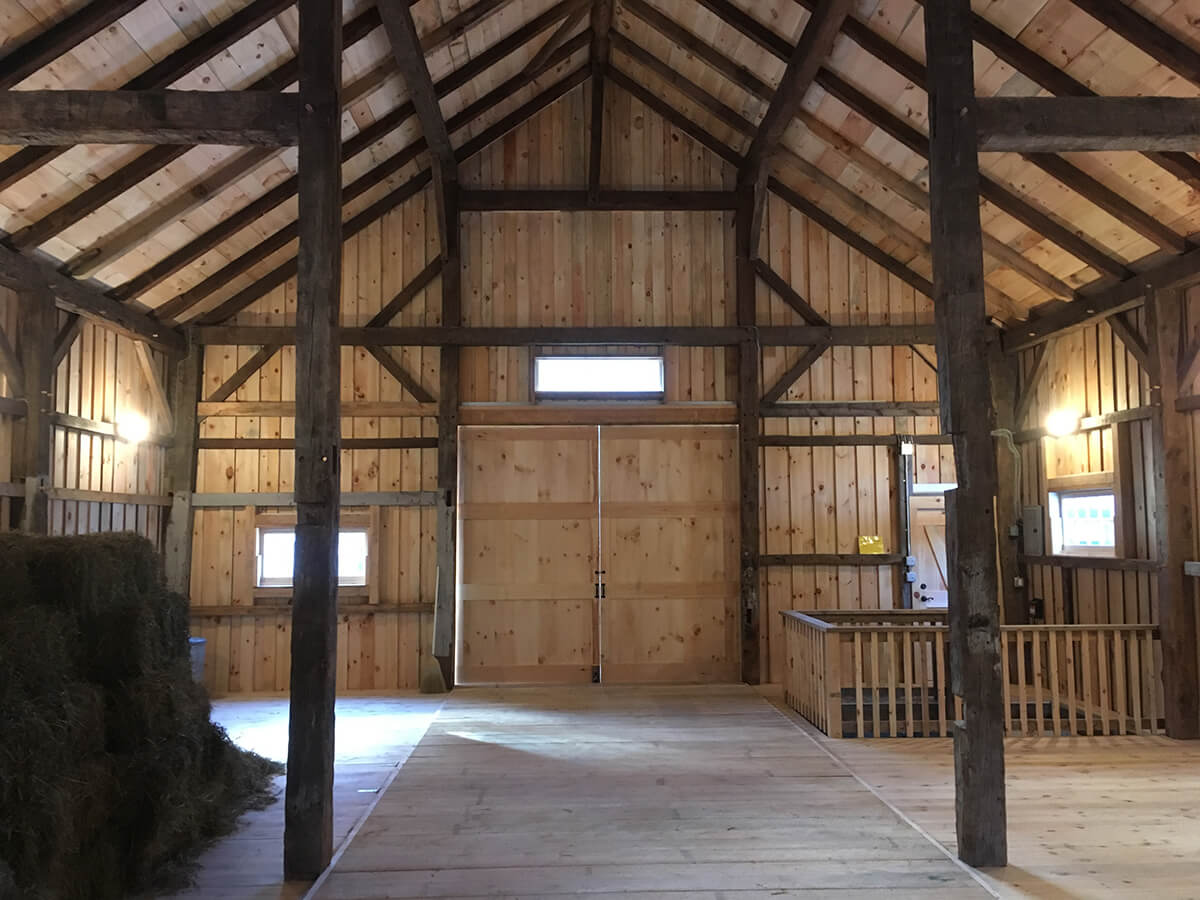 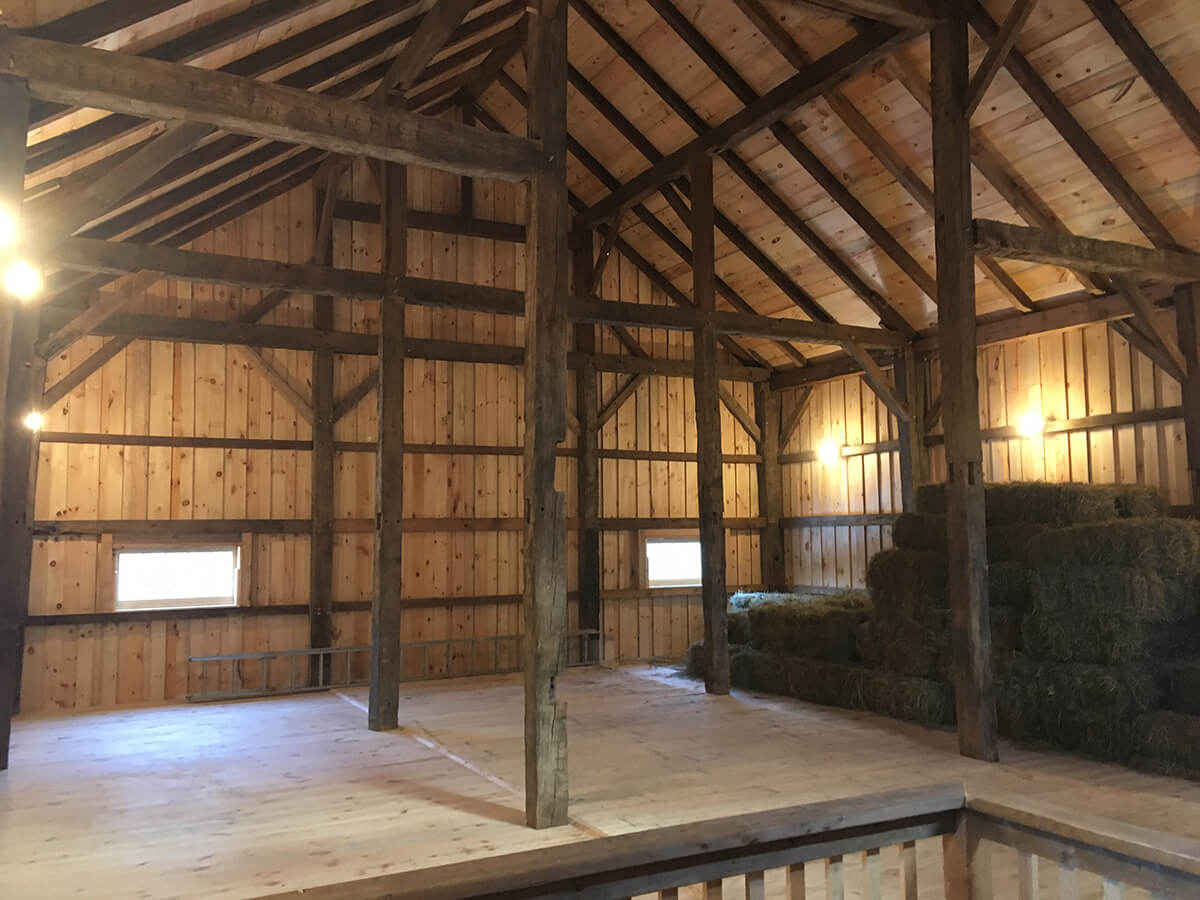 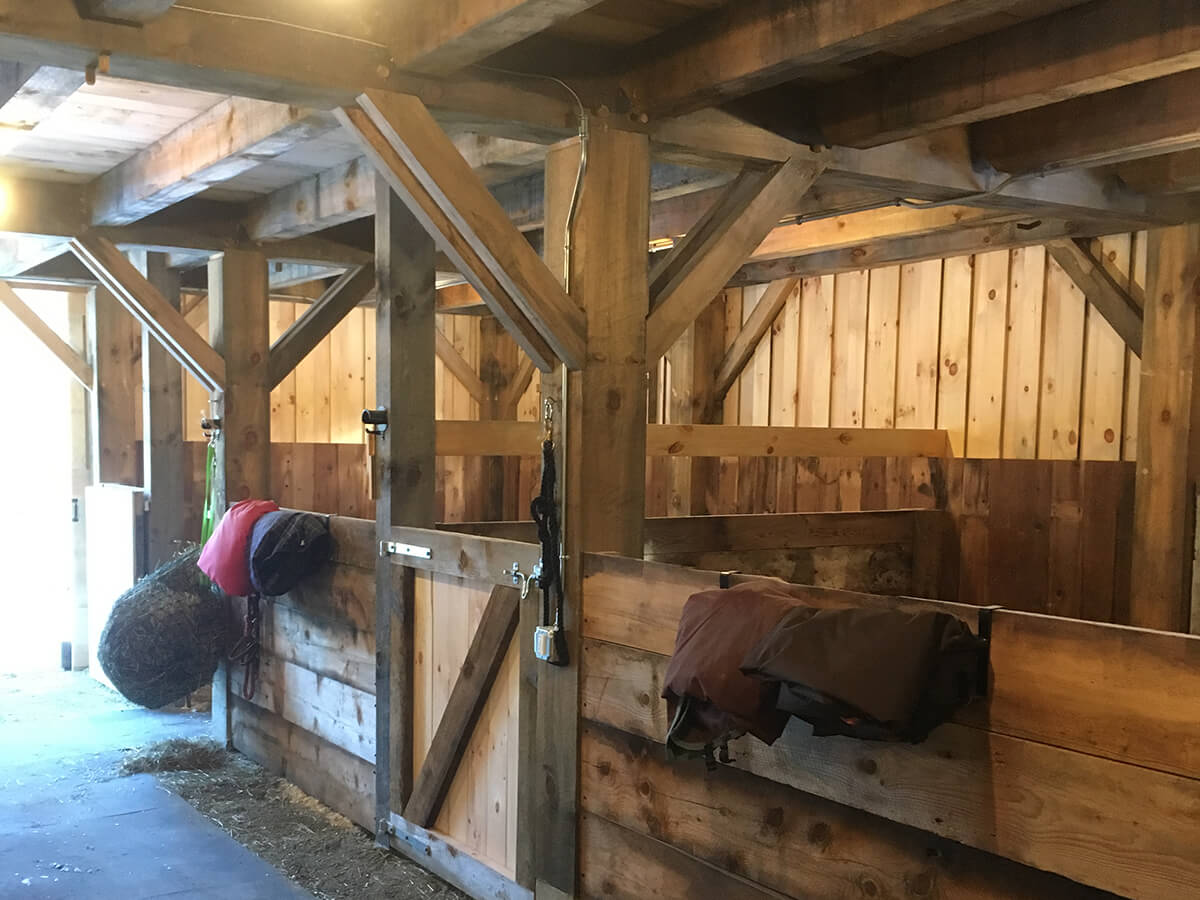 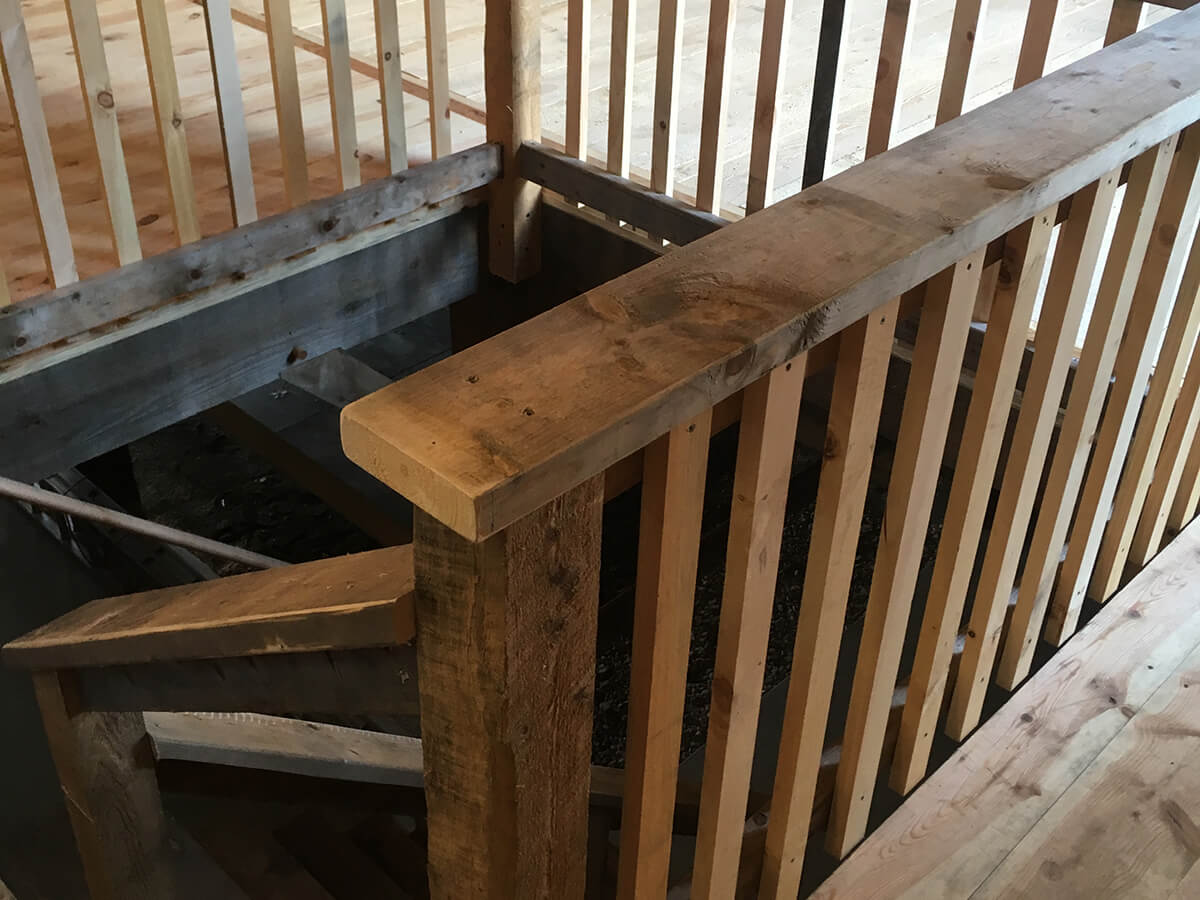 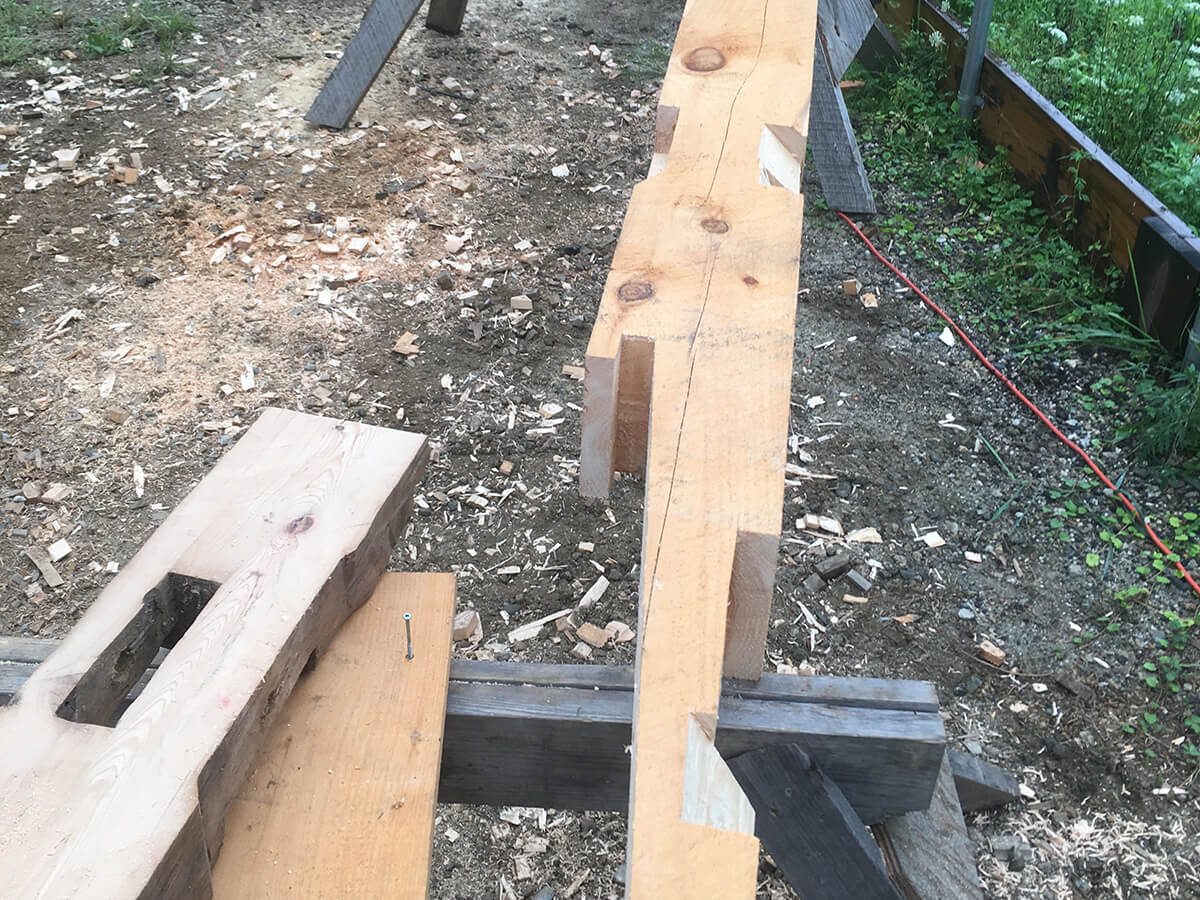 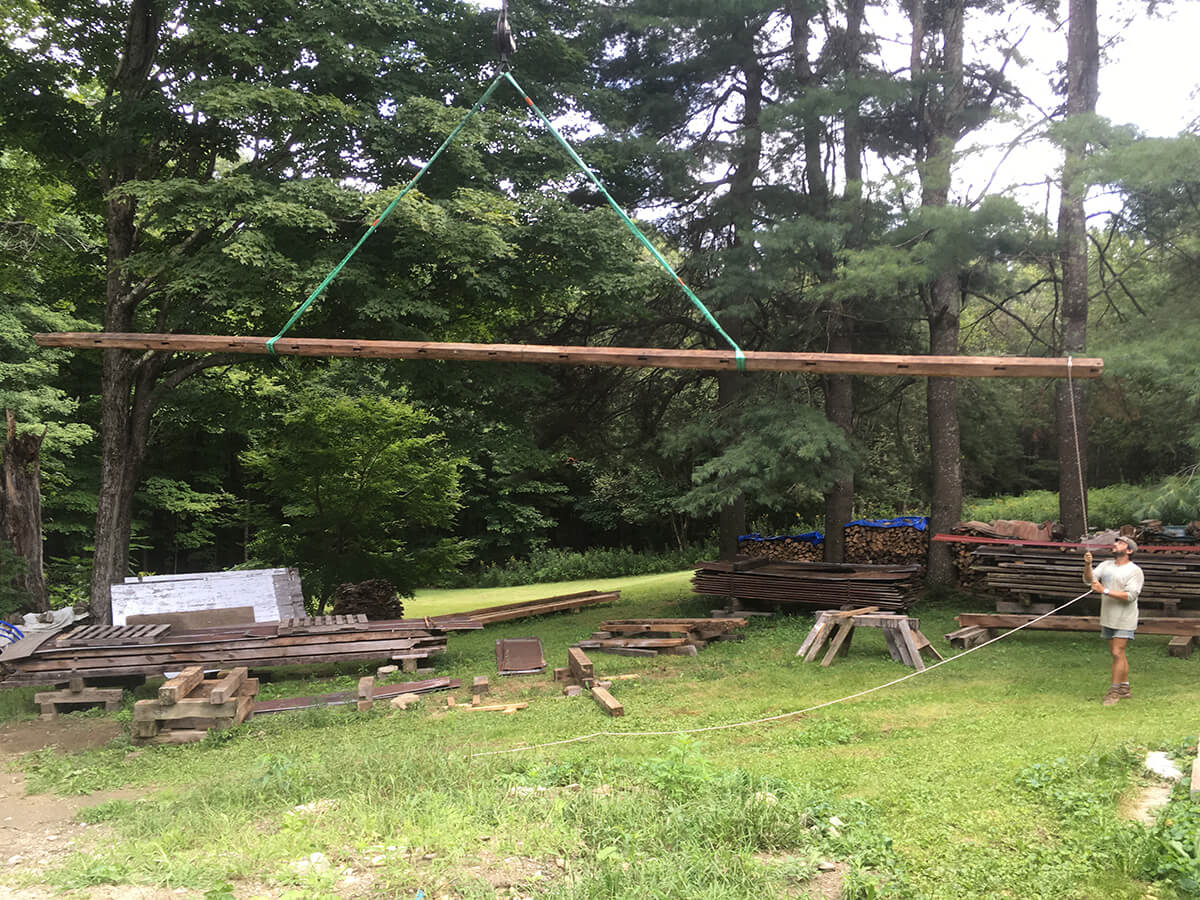 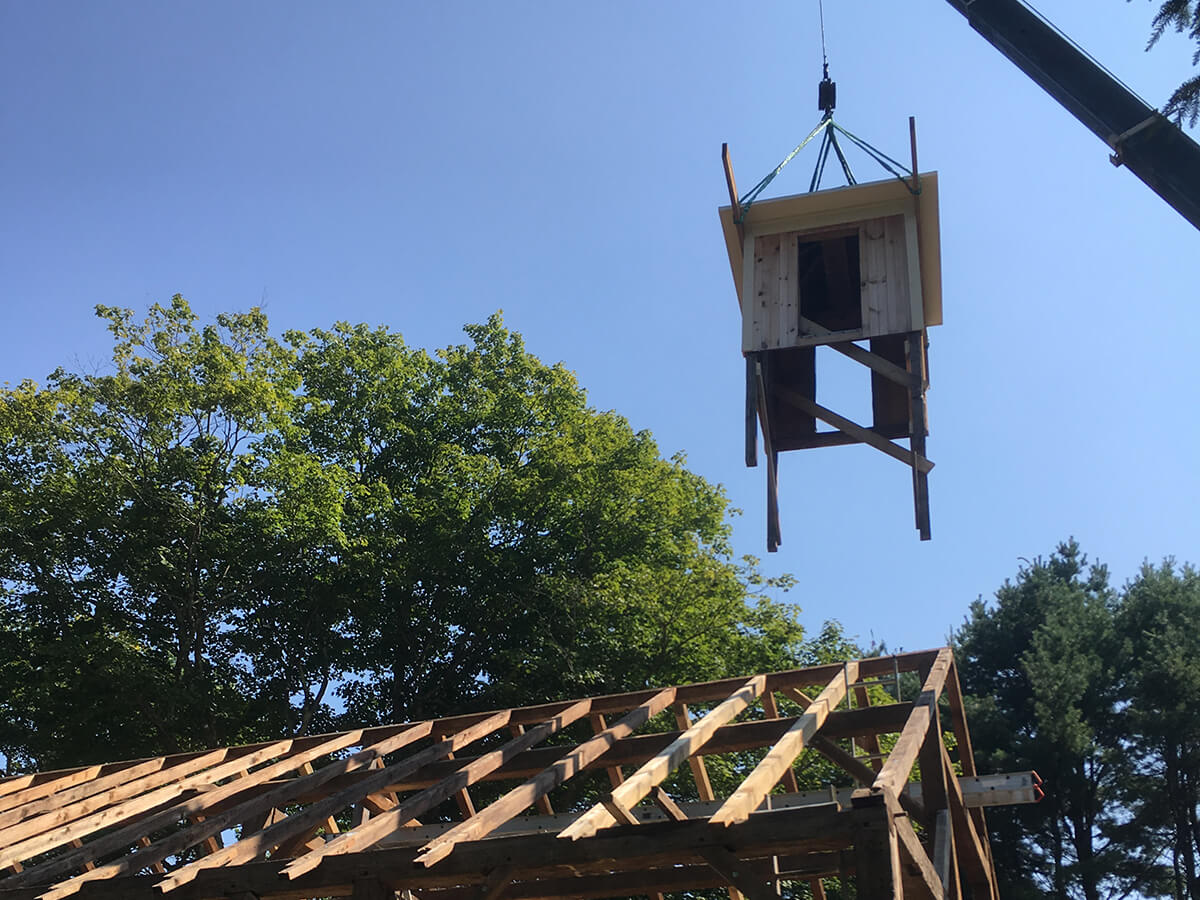 My late father taught me the importance of insisting on quality work and quality products. But in today’s culture of cutting corners, quality is an increasingly hard commodity to find. However Timber Point Building Co. brought attention to detail and fine craftsmanship to bear in the renovation of my early 1800s barn.  Dan Pedersen is fun loving and easy to work with, something that seems missing in far too many contractors. Dan’s use of local materials and labor was a big plus in my eyes regarding his support for our local Hilltown economy. I could not be happier with the new barn.

When I came upon this English barn, I was instantly impressed at how well the main frame was holding together despite resting on a completely failing foundation that had heaved, caved, bowed, and crumbled.  The frame itself was beautiful and represents the work of timber framers at the zenith of their craft before things were built along the lines of cheap and quick. This 30×40 barn features hand hewn gunstocks posts and English tying joints. Aside from a new foundation, it needed new siding, a new roof, new floor framing, flooring, doors, pretty much everything except the main barn frame.

It was decided that the safest and most cost-effective way to address the many needs of this structure was to dismantle it and re-erect it. The barn was dismantled over the fall of 2017 and raised up again in the summer of 2018. We teamed up with timber framing architect Jack Sobon. Jack’s extensive knowledge of historic timber framing practices was brought to bear on every aspect of this job. He dated the barn to 1812 and found that it had been moved to its current location from somewhere else in the past.  We collaborated on some of the more complicated timber repairs to the main frame.

Its principal function now is that of a horse barn. We reclaimed and re-used much of the old building fabric and flooring to construct two horse stalls and a tack room in the walkout basement 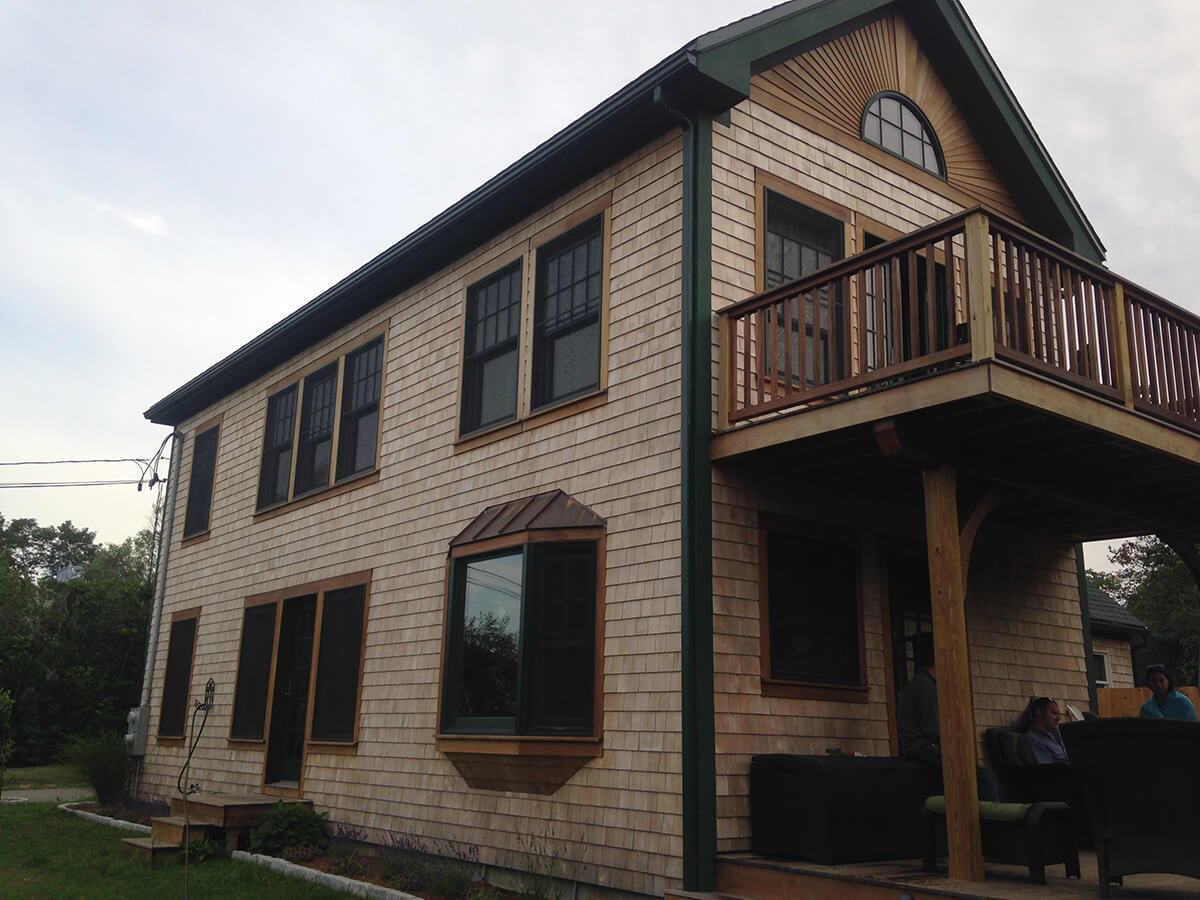 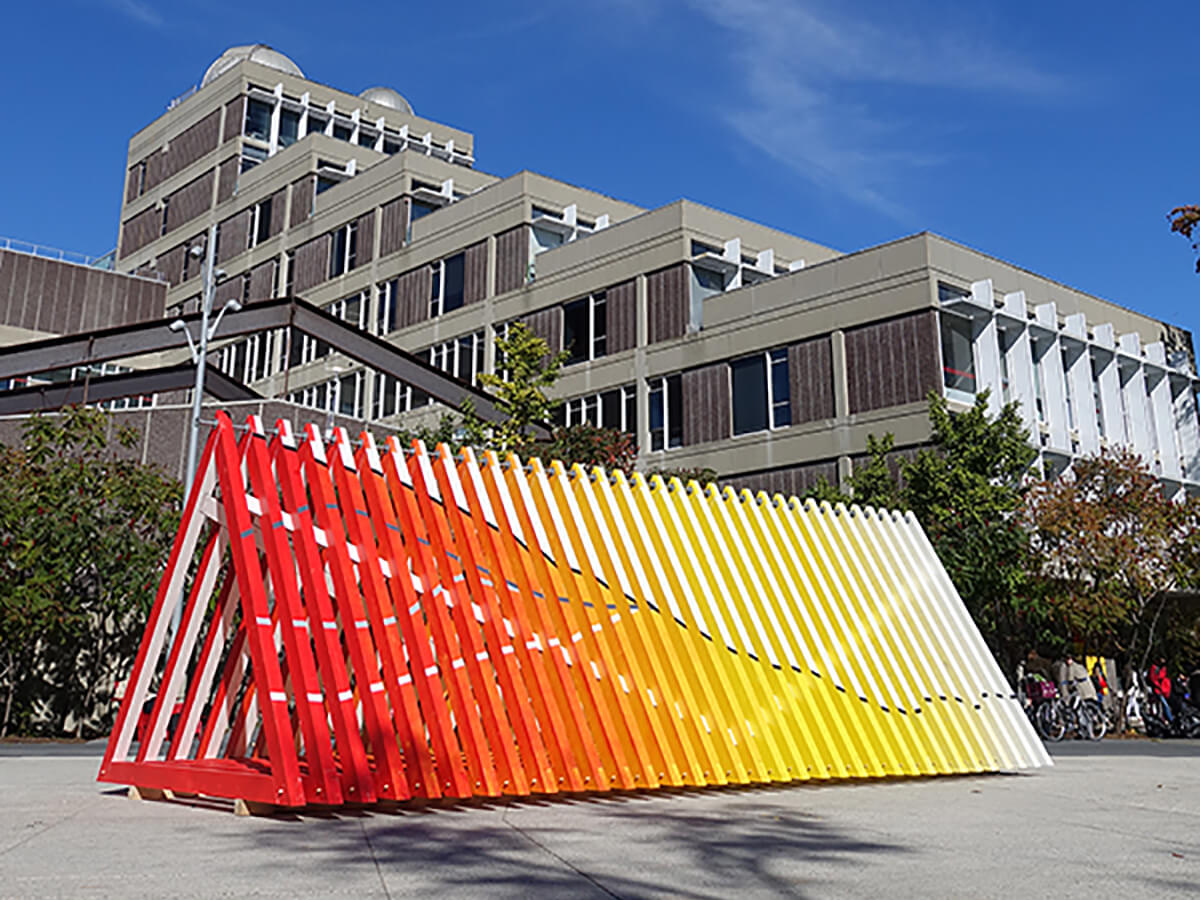 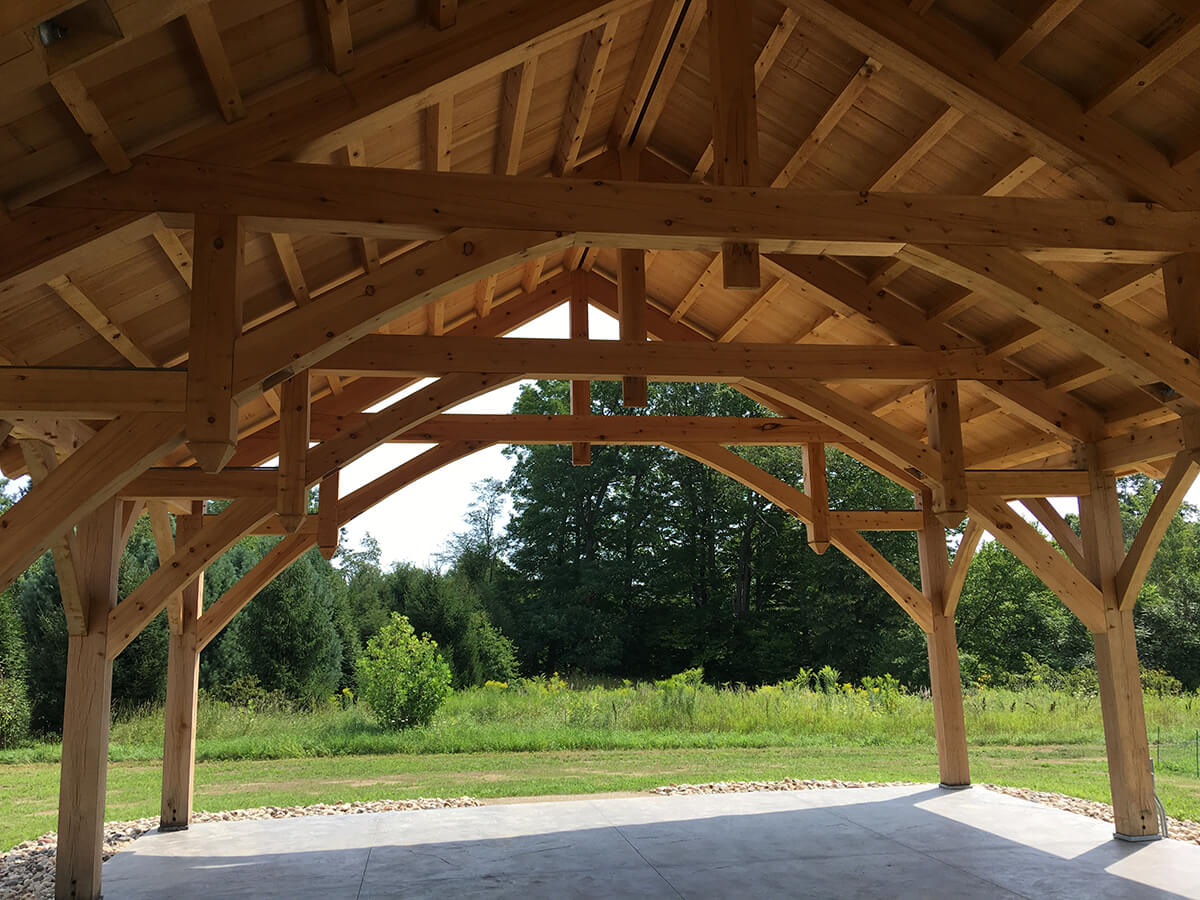 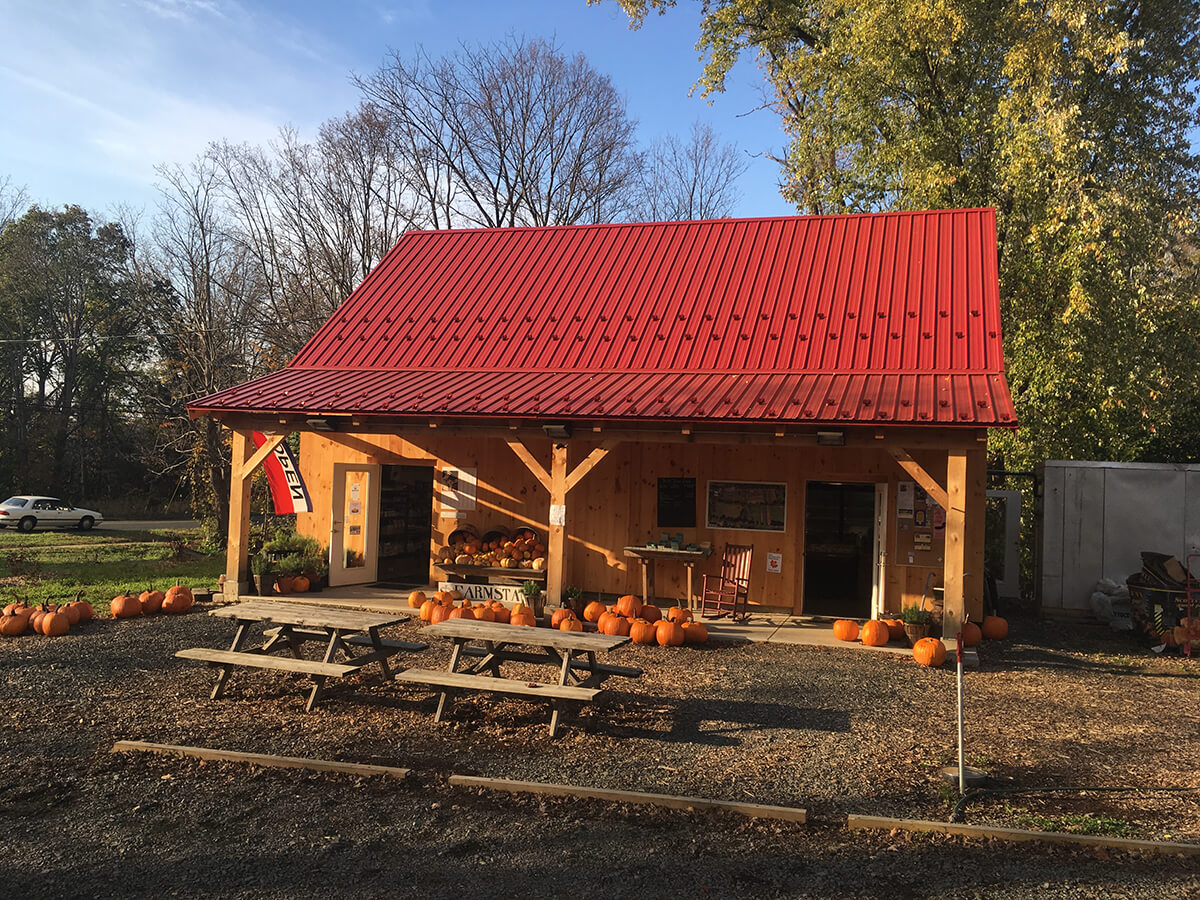 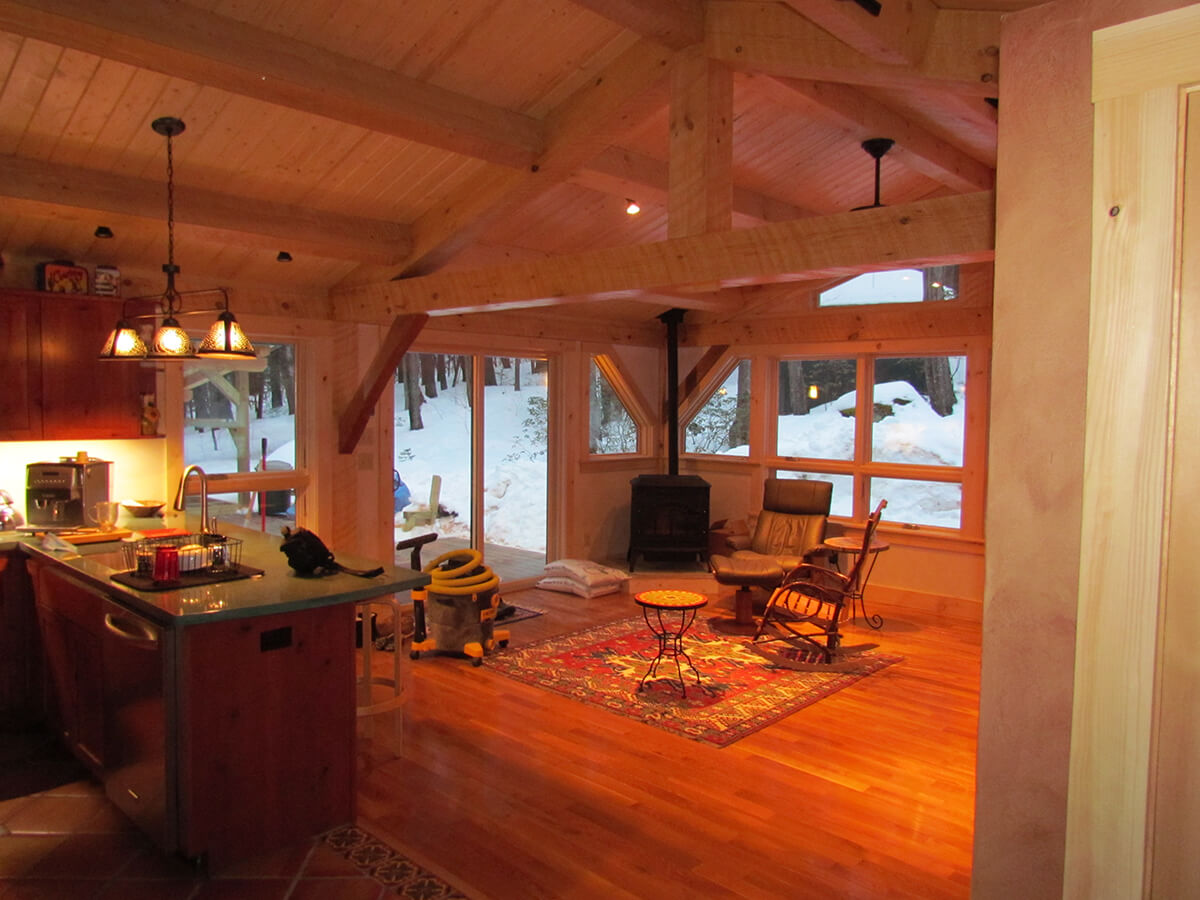